For 15 years now, NASA has been putting out an Astronomy Picture of the Day, picking whatever hits their fancy from the archives or new stuff coming in from up above.

Here are ten of the best they posted this year. 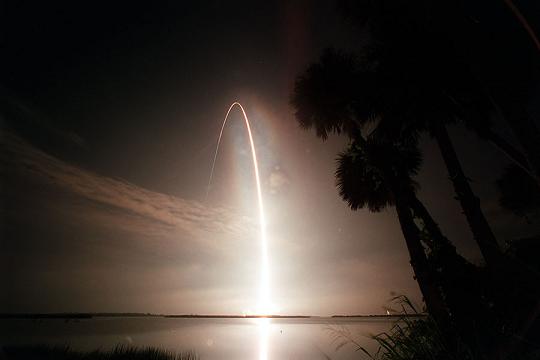 ?In the early morning hours of July 12, 2001, the shuttle Atlantis takes off to visit the International Space Station.

9. The Darks Sands of Mars 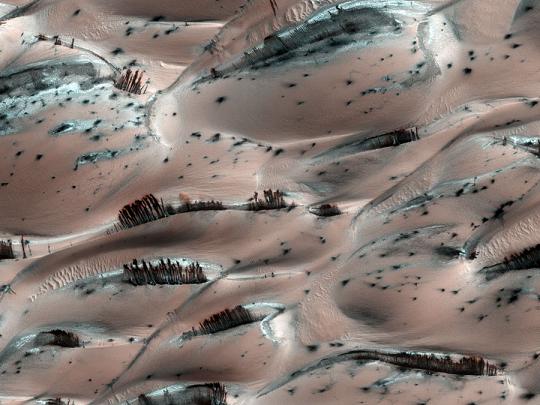 Trees on Mars? Not exactly. Dark sand is cascading down lighter pink sand in this photo near the north pole of Mars.

8. The Space Station Cruises Along 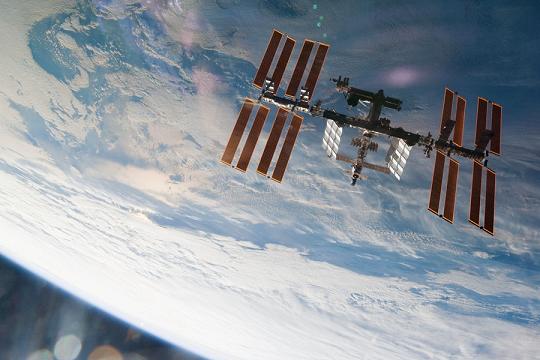 The International Space Station, as seen from above. 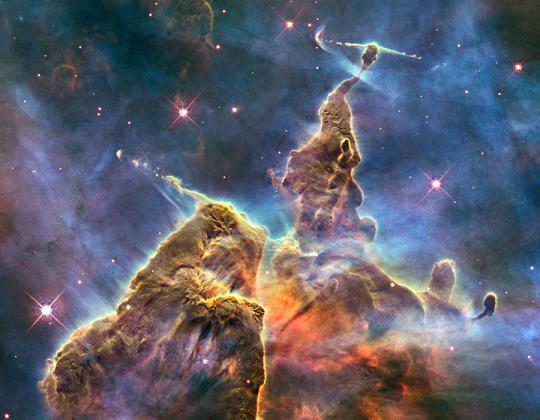 A star is being born inside that dustpillar, which measures a light-year in length. The bright pink spots outside are stars that have already been birthed.

6. Saturn Moons, Passing Each Other 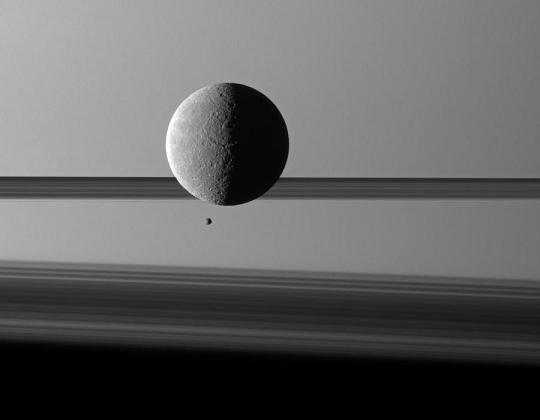 The big moon here is Rhea, caught here passing Epimetheus, one of Saturn’s smaller moons. You can see the rings, and the background is the planet itself. 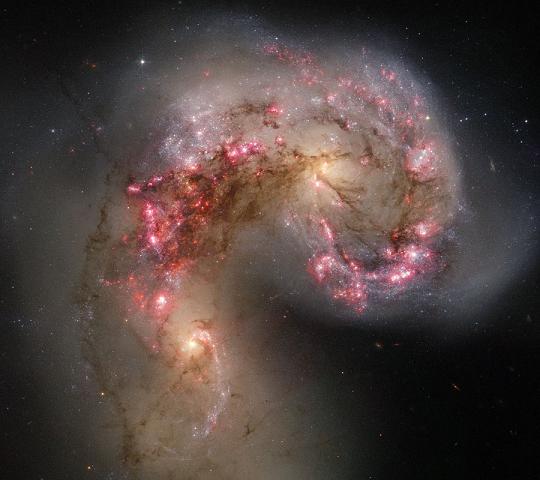 Two galaxies go in, only one comes out. The stars in the galaxies tend not to collide, because there’s so much space between them, but the gravitational forces can still be a bitch.

4. The Plains of Mars, as the Rover Sees Them 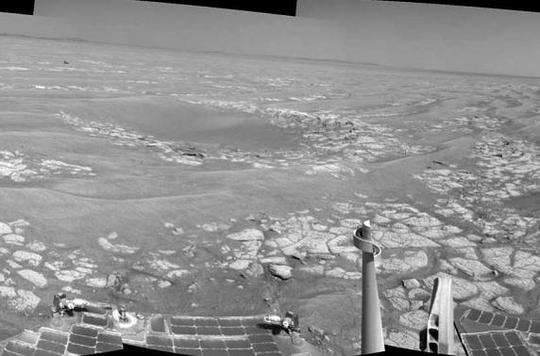 The rover Opportunity looks out over the dark sand and bright rock of Mars’ plains. It’s moving towards a crater, moving about a football-field length each day. 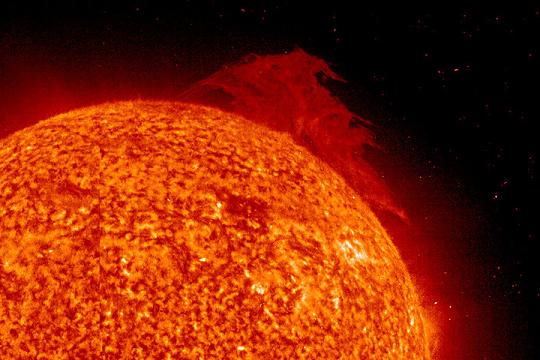 Wow. Now we know why the Polish Space Agency only lands on the sun at night.

Phobos, the larger of Mars’ two moons. The Russians are landing a probe on it next year. 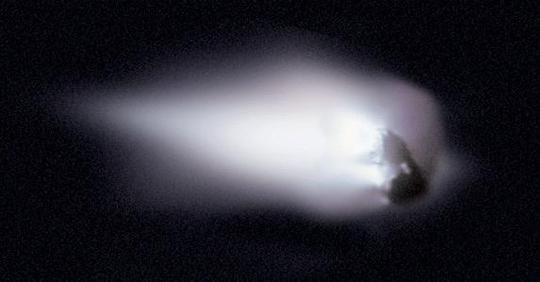 The nucleus of the Comet Halley, about nine miles across. 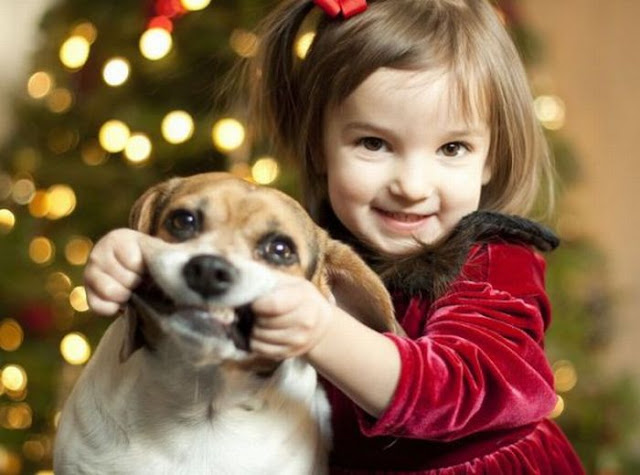