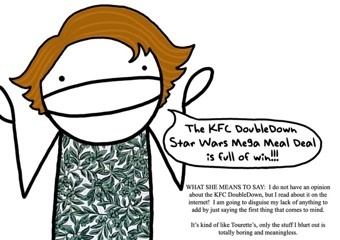 As someone who has been moderating comments for over two years (and using the internet for about 17), I’ve seen a lot of internet slang fads come and go. But there are some phrases, it seems, that just won’t die:

I’m not going to go so far as to say these phrases should be outright banned (mostly because that never works) nor am I going to deny using any of these phrases at one point or another (everyone has at some point, I’m sure), but lately it seems like it’s getting harder and harder not to feel slightly irritated when coming across one of the following phrases, which seem to have overstayed their welcome by at least four years:

This is one of those expressions that people throw out in order to let everyone know just how much they HATE somebody, as dying in a fire is perhaps one of the worst possible ways to die. I really, really hate this expression. I’ve always hated this expression. How did this expression ever get popular? It’s one of those things that is strictly internet-only: if you ever went to some random party and pointed to another human being and said, “That’s Alan. I hope he dies in a fire,” everyone would look at you like you were Patrick Bateman in a dress and then whisper, “That was a bit much, right?” as soon as you hopped off to pet a kitten or talk about American Idol or what have you. And even if you don’t agree with my personal distaste for the phrase (and wish that I, too, would DIAF), you have to at least admit that the phrase is really, really tired. It’s so old and overdone at this point that it’s akin to saying “get bent” or “drop dead” or “stick a rubber hose up your nose” or what have you. I’m not telling you you can’t hate people, internet. God knows I wouldn’t take that away from you. But when your go-to attack phrase is as overused at this one, it probably needs to die, too, in whatever horrible way you can imagine it to.

“Fail,” as a concept, can be fun. Look at FailBlog! You can easily laugh at whatever dumb/funny stuff gets thrown up there, because it is, in fact, a failure of sorts, but one that finds success in being awful/unusual, and therefore actually ends up winning in some bizarro Bad News Bears kind of way. But “fail” has replaced “awesome” as the word that everyone needs to pull back on by roughly 9000%. Your inability to finish breakfast at the diner last week was not a “Pancake Fail.” Your mascara getting in your hair is not a “Cosmetics Fail.” Fail is catchy and easy to use, which makes it the -ista of internetisms, attached to everything to make it conversationally trendy. You don’t have to give it up completely, but if you’re using FAIL! to scold the government and FAIL! to mock your cat’s inability to piss in the litter box and FAIL! to recall that time you ate a paper clip, the phrase itself kind of loses a bit of power, doesn’t it?

We have all done THIS. This! THIS THIS THIS! SO MUCH THIS! THIS!!!! THIS THIS! It’s a more enthusiastic way to say, “Yes, I agree, you’ve completely captured my thoughts on this subject and expressed them in a way I couldn’t quite express myself. Thank you, fellow internet user. You are correct, and I appreciate your input.” And that’s fine. I get that. It’s a relief, sometimes, to see that someone has perfectly put together the thoughts that are floating around in your brain. But lately it seems that “THIS” has taken on a life of its own. People tend to get annoyed in forums when people pipe in with “me, too!” or “I totally agree!” but somehow, “THIS” gets a pass, because it’s more definitive, and currently quite popular as an internet tool of expression. But “THIS” can actually be detrimental to a conversation, especially when the THIS! poster only posts that one word, and nothing else. Yeah, you agree, but why? For what reasons? Why is whatever this comment is so very THIS to you? Why can’t it be THAT? It’s one of those things that’s fine in moderation, but used too often, the very emphasis it’s supposed to provide—that whatever comment it follows is a definitive statement or the truth, end of story, thanks for playing, have a nice day—becomes watered down and meaningless.

People are still doing this! In 2010! (They are also using too many exclamation points! And by they, I mean me! THIS! Epic Fail!) I have no idea why this still exists. If something on the internet is too long for you to read, I’m sorry. Life is hard. Go to Twitter.

NO, JUST NO. This is maybe the most annoying phrase in internet history. “Wow…just wow,” is one of the laziest remarks you’ll see in any comment section, because it requires no thought whatsoever while implying that the reader does, in fact, have several thoughts on whatever brought them to the brink of implied speechlessness. It is never “wow, just wow.” That phrase holds a million reactions, all watered down into a cliche, and it’s unfortunate, in that some of the best emotional reactions to seriously weird/insane/disturbing/amazing things on the internet could be written in place of this tired, tired, tired remark, and they aren’t. If something has moved you to the point where you have no words, fine. But don’t throw out three overused words to express it. If you’re able to hit your keys, go beyond “wow, just wow,” and explain why you’re so amazed/horrified/blown away by whatever it is you just read/saw. Either that, or skip to another site and catch the latest trend that’s suddenly bordering on overexposure by posting a picture of someone you want to have sex with alongside the caption “UNF,” which the Urban Dictionary defines as the “Universal Noise of Fucking.”

So there you have it. Like I said earlier, we’ve all done these things. We’ll all, myself included, probably do these things again, millions of times. But I don’t think it would hurt to consider, at the very least, pulling back on a few of these phrases, at least for a little while.

All requests to STFU, DIAF, tell me things are full of win, TL; DR, or a total fail, yell THIS! or paste a picture of a cat saying something funny can be posted in the comments below. 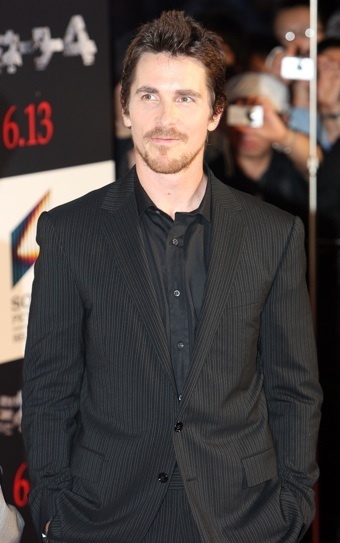 11 thoughts on “The 5 Most Overused Expressions On The Internet”