Ok, I have a confession to make.

I have spent almost my whole life– 31 years–  caring far too much about offending people, worrying if I’m cool enough for them, or asking myself if they are judging me.

Today, ladies and gentlemen, is different.

Do you wonder if someone is talking shit about you? Whether your friends will approve? Have you become conflict-avoidant? Spineless?

Well, it’s time you started not giving a fuck. 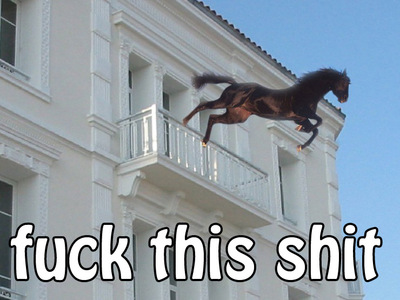 Yes, it’s really happening right at this moment. Some people don’t like you, and guess what? There’s nothing you can do about it. No amount of coercion, toadying, or pandering to their interests will help. In fact, the opposite is often true; the more you stand for something, the more they respect you, whether it’s grudgingly or not.

What people truly respect is when you draw the line and say “you will go no further.” They may not like this behaviour, but so what? These are people don’t like you anyway, why should you attempt to please people who don’t care for you in the first place?

Right. Then, there’s Internet trolls. That’s a whole other thing.

Regular people are fine– you don’t actually hear it when they’re talking behind your back. But on the web, you do see it, which changes the dynamic drastically. They have an impact because they know you have your vanity searches, etc. But the real problem with Internet haters is that they confirm your paranoid delusion that everyone out there secretly hates you.

Thankfully, that’s not actually true. So the first noble truth is that most people don’t even care that you’re alive. Embrace this, my friends, for it is true freedom. The world is vast and you are small, and therefore you may do as you wish and cast your thoughts of those who dislike it to the side.

FACT NUMBER 2. You don’t need everyone to like you.

This stuff is crazy, I know, but it’s cool, you’ll get used to it. Here’s the next thing: not only do most people not know that you exist, and some are judging you, but it totally does not matter even if they are.

How liberating this is may not even hit you yet, but it will. Check this out: when people don’t like you, nothing actually happens. The world does not end. You don’t feel them breathing down your neck. In fact, the more you ignore them and just go about your business, the better off you are.

You know when they say “the best revenge is a life well lived”? Well, this is true, but it isn’t the whole truth. A life well lived is great, yes, but it cannot happen while you are sweating about who your detractors are and what they think. What you have to do, what you have no choice but to do, is accept it and move on.

So not giving a fuck is actually a necessary precedent to create a good life for yourself. It can’t happen without it. That’s why you have to begin today.

Ok, so you’ve adjusted to the fact that most people in the world are barely aware of your existence, and you’re also conscious of the fact that those who don’t like you are in the obscenely small minority and don’t actually matter. Awesome. Next you need to realize that the people who do care about you, and no one else, are those you need to focus on.

Relationships are weird. Once we’re in one (with family, a spouse, whatever), we promptly begin to take the other person for granted and move on to impressing strangers instead– say, our boss. Then, once we’ve impressed our boss, we start taking him for granted too, and so on, in an endless cycle of apathy. It’s like we always prefer to impress and charm the new than to work on what we already have.

FACT NUMBER 4. Those who don’t give a fuck change the world. The rest do not.

I suspect this book is a metaphor for war, but it also captures perseverance very well. What it takes to move past anything is to simply realize that your obstacle is unimportant, and that it can be dismissed. This is true whether you’re running a marathon or trying to get to Mars.

If you dismiss the things that do not matter; if you remove those things from your mind and focus on what must be done; if you understand that your time is limited and decide to work now; only then will you be able to get to the finish line. Otherwise, you will be dissuaded into living a life you aren’t interested in.

Side note: You need to handle failure and obscurity better. You may be in a tough place right now where you feel lonely or like a loser. No worries, we’ve all been there. But it’s time for you to realize how common these things are, and that they’re experienced by even the most successful and happiest people in the world. Those people get past them, and you will too.

The eye is watching

I had a discussion with Jonathan Fields the other week that was about the use of swearing (and “true voice”) on blogs. I watched him on a Skype video as we did this, and I could actually pinpoint the moment where he was about to say “fuck” but almost stopped himself. It was amazing. So I called him out on it. “You felt it just now, didn’t you?”

Everyone has an internetal eye. It always watching. It has been slowly constructed by society at large and by your friends and family, and it checks you for unacceptable behaviour. If you have had it around for long enough, you actually start to believe that the eye is you, and that you’re “being reasonable” or some other rationalization.

But the eye isn’t you at all. It is a prison, and you have justified its existence by obeying it. It’s strong because you let it be strong.

But the secret, the part that’s amazing, is that it can’t do anything to stop you, even if it wanted to. It’s an eye. It can only watch. The rest of you is free to act as you wish.

How to get back your self-respect in five easy steps

STEP 1. Do things that you consider embarrassing.

My girlfriend and I have been breaking in Vibram Fivefingers in preparation for the massive walk we are doing. Have you ever seen these shoes? They’re amazing for you knees and give you no blisters, but they are the ugliest thing imaginable. Yesterday, I wore them with a sweet bowtie I put on for Easter. I looked like a crazy person.

As I said at the beginning of this post, I am deeply aware and can become quite upset by people’s judgment– I think a lot of people are, but don’t admit it. But as I walked by people in my techno-clown outfit, not a single person looked at me. Nobody cared, and it slowly dawned on me that even if people did look at me weird, they just walked by. Later, they would forget about me entirely.

You must try this. Find your internal filters and break them, one at a time. Notice how society, like an ocean, smoothes over the waves you make, until what you do gets eliminated, or becomes the status quo. Work with this.

STEP 2. Accept, or deal with, awkwardness.

It’s widely known that interviewers get their best material by being quiet and allowing silence to force words out of a politician or celebrity.

You may be uncomfortable with silence. I know I still am. But I have been working on it and have to say that it is a much more serene state to be in than trying to cover it up with random babbling just to fill up the air. This is one type of awkwardness, a kind that you should feel comfortable about and learn to live with.

Another kind of social awkwardness is this in-between space where you might have done something wrong or been wronged, but don’t say anything. I’ve been given a few harsh lessons in my time and come away realizing that the freedom that comes from talking about an uncomfortable truth is better than the comfort of avoiding that talk altogether.

Someone told me recently that the Clintons’ method for earning respect in politics is this: if someone pushes you, push back twice as hard. This is much better than awkwardness. It’s clear, it’s not passive aggressive, and you know where you stand. Start doing this immediately.

The video above was taken in 1970, right when the Front de Libération du Québec had killed Premier Pierre Laporte and put his body in the trunk of a car. Trudeau’s “Just watch me” is one of the most famous phrases in Canadian political history. The journalists are trying to trap him into choosing on-camera between a safety/police-state and civil liberties/freedom but Trudeau refuses their boxes.

The Liberal Party of Canada no longer has any balls, but for us, there’s still hope. Walk where you want to walk. Don’t accept false choices. Don’t let people dictate how you should live your life. Definitely don’t listen to the eye.

You don’t need to be an asshole, but the world does not need another conflict-avoidant, evasive person. No one wants another individual who steps in line with everyone else. The status quo is doing fine without you, so it’s up to you to call bullshit if you see it.

Don’t mind-read either. Telling the truth means seeing the truth, not adding your own layer of sugar coating or suspected emotion on top of it.

Once you begin on this path, you start to discover that practically everyone is capable of understanding the weird things that you do. In fact, it makes you interesting and worth paying attention to, further feeding into your plans of world domination, should you have any.

But none of this fun can happen without you recognizing, and walking past, the eye. Doing this is a powerful act of control which builds momentum and makes you strong.

Take back your self respect. Do it today– try it right now. Wear something ugly. Do something stupid. Tell someone the truth.