Did you know Chicago has a law that forbids eating in a place that’s on fire? Have you heard about the law in Mississippi that makes it illegal for a man to seduce a woman by lying to her and claiming he will marry her (damn! There goes my pickup line if I’m ever in Mississippi)? In New Jersey, it’s illegal to wear a bullet-proof vest while committing a murder (whether or not the murder is illegal, who knows?).

These are just some of the dumb laws still on the books in America. And those aren’t even the 10 dumbest. 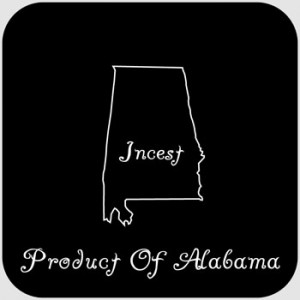 2. Are those playing cards I see? You’re going to jail!

In Alabama, you also technically aren’t allowed to play cards and other games on Sunday. Section 13A-12-1 says: Any person who compels his child, apprentice or servant to perform any labor on Sunday, except the customary domestic duties of daily necessity or comfort, or works of charity or who engages in shooting, hunting, gaming, card playing or racing on that day, or who, being a merchant or shopkeeper, druggist excepted, keeps open store on Sunday, shall be fined not less than $10.00 nor more than $100.00, and may also be imprisoned in the county jail, or sentenced to hard labor for the county, for not more than three months.

3. Is that a slingshot in your pocket or are you just happy to see me? 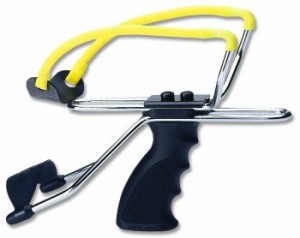 Haines, Alaska has a law that prohibits citizens from carrying concealed slingshots without a license. The law says: It is unlawful for any person other than a law enforcement officer to carry concealed about his person, in any manner, a revolver, pistol or other firearm or knife (other than an ordinary pocketknife), or a dirk or dagger, slingshot, metal knuckles or an instrument by the use of which injury could be inflicted upon the person or property of another, except that any person in possession of a valid State of Alaska concealed weapon permit may carry a weapon as allowed by that permit. 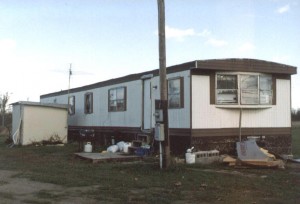 5. Give me a [email protected] sandwich!

In Little Rock, Arkansas, it’s illegal to honk your car horn at a sandwich shop after 9 pm. Sec. 18-54 says, “Sounding of horns at sandwich shops. No person shall sound the horn on a vehicle at any place where cold drinks or sandwiches are served after 9:00 p.m.”

6. The rock was F’d up beyond all recognition.

Colorado has a law that says it’s illegal to “mutilate” rocks, trees, and flowers. The law says, “Except as otherwise provided in this article, it is unlawful for any person: To willfully mar, mutilate, deface, disfigure, or injure beyond normal use any rocks, trees, shrubbery, wild flowers, or other features of the natural environment in recreation areas of the state.” 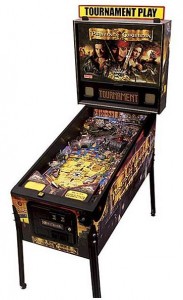 Rocky Hill, Connecticut has a law that disallows arcades from having more than 4 amusement devices (pinball machines, shuffleboard tables, etc.). The law says, “Notwithstanding the provisions of Subsection A, no person shall have in any place within a permanent structure open to the general public more than four mechanical amusement devices.”

8. Seriously, Connecticut isn’t fun at all. 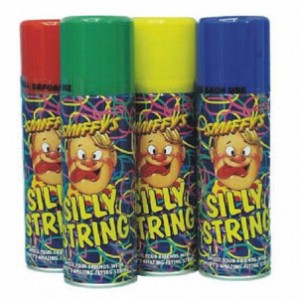 In Southington, Connecticut, the sale of silly string is banned. Why? Because about 15 years ago, a group of kids sprayed a police officer with silly string. Seriously.

9. Time to reinstall those doors.

There’s a law in Florida that says the doors of public buildings must open outwards. The exact text of the law is as follows: All buildings erected in this state for theatrical, operatic, or other public entertainments of whatsoever kind shall be so constructed that the shutters to all entrances to said building shall open outwardly and be so arranged as to readily allow any person inside said building to escape therefrom in case of fire or other accident. 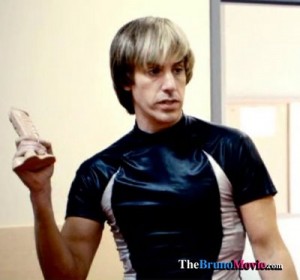 Are there any dumb laws in your city or state? Share your favorites by leaving a comment.

Bonus: Presidential Prank of the Day 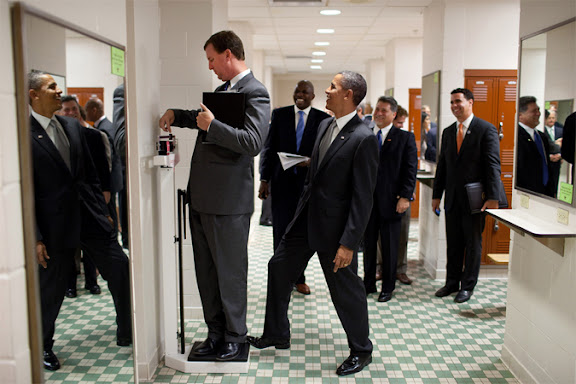