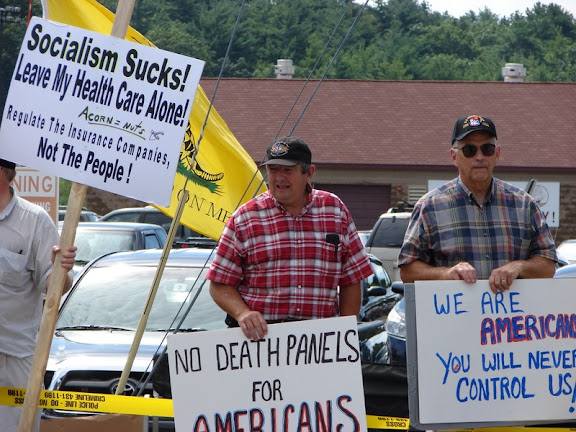 This morning I was awoken by my alarm clock, powered by electricity generated by the public power monopoly regulated by the US Department of Energy. I then took a shower in the clean water provided by the municipal water utility. After that, I turned on the TV to one of the FCC regulated channels to see what the National Weather Service of the National Oceanographic and Atmospheric Administration determined the weather was going to be like using satellites designed, built, and launched by the National Aeronautics and Space Administration. I watch this while eating my breakfast of US Department of Agriculture inspected food and taking the drugs which have been determined as safe by the Food and Drug Administration.

At the appropriate time as regulated by the US Congress, and kept accurate by the National Institute of Standards and Technology and the US Naval Observatory, I get into my National Highway Traffic Safety Administration approved automobile and set out to work on the roads built by the local, state, and federal Departments of Transportation, possibly stopping to purchase additional fuel of a quality level determined by the Environmental Protection Agency, using legal tender issued by the Federal Reserve Bank. On the way out the door, I deposit any mail I have to be sent out via the US Postal Service and drop the kids off at the public school.

After work, I drive my NHTSA bar back home on DOT roads, to a house which has not burned down in my absence because of the state and local building codes and Fire Marshal’s inspection, and which has not been plundered of all its valuables thanks to the local police department.

I then log on to the internet which was developed by the Defense Advanced Research Projects Administration and post of FreeRepublic.com and Fox News forums about how SOCIALISM in medicine is BAD because the government can’t do anything right.