From the dynamics of social networks to market bubbles, science has a lot to say about the world of technology.

One of the great discoveries of modern science was the realization of how interconnected the world is. The deterministic, Newtonian view of a clockwork Universe was replaced by the much more dynamic, uncertain and entangled world of Quantum Mechanics. The new world is the one where Godel forever cut hopes for completeness in mathematics and Turing showed that computation, like the future, is fundamentally unpredictable. Despite these unexpected setbacks, modern science is wonderful, powerful and thought provoking – and relevant to technologists.

The recently discovered science of complex systems is about common patterns that span diverse disciplines from physics to biology, from ecology to economics. This recent science of patterns is directly relevant to what we are doing around the Web. In this post we will discuss 5 different books that will get you fired up about modern science.

This Pulitzer Prize winning book is a mind-opening journey that spans science, computation, zen, art, music and much much more. The book is most unusual in the way it tells its story. Some chapters are dialogs between Achilles and Tortoise. Other chapters are focused on Bach’s fugues and the theorems of great German mathematician Kurt Gordel.

Throughout the book, Hofstadter discusses the work of M.C. Escher, a painter famous for his paradoxical paintings that question how the mind perceives space. In addition, the book features chapters about modern genetics, zen buddhism and neuroscience. All of these seemingly diverse topics come together to discuss recursive structures, the mind, artificial intelligence and computation.

Stephen Hawking once said: “I think the next century will be the century of complexity.” Complexity science is one of the most important breakthroughs in recent history. Unlike the traditional specialized approach to science, complexity focuses on patterns and properties that exist across different branches.

Mitchell Waldrop’s book introduces readers to complexity by telling a story about the people who brought it into the spotlight. Among the characters we meet are economists, physicists, biologists and computer scientists responsible for establishing the Institute of Complex Systems in Santa Fe New Mexico. Through their stories, Walldrop introduces the reader to the wonderful and profound world of complex systems.

3. At Home in the Universe, by Stuart Kauffman

Dr. Stuart Kauffman is one of the characters in the Walldrop’s book. He is one of the most passionate, dedicated and original thinkers about Complex Systems. A few decades ago, while in medical school, he wanted to understand gene networks and came up with a model known as K-N nets. Fascinated with the ideas, he choose science instead of medicine and went on to work on complexity.

In this book he explores a range of fascinating topics – like gene networks, auto-catalytic sets, rugged landscapes. It ultimately leads to the question of the origin of life. In this challenging book, Kauffman postulates that life is not an accident, but an expected and even inevitable consequence of the laws of self-organization.

4. The User Illusion, by Tor Norretranders 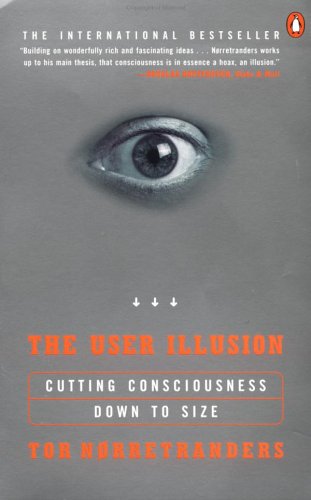 During the twentieth century scientists made amazing discoveries about the brain. They also discovered just how little we know about the function of what is likely to be the most interesting and powerful object in the universe. Among the large number of books written on the subject, this book written by Danish journalist Tor Norretranders is a standout.

The books builds on physics, particularly thermodynamics, to explain the fascinating aspects of human consciousness. While the first few chapters are somewhat challenging, the crux of the book will give you a unique, eye-opening perspective on the interplay between the human brain and mind. Among the shocking things in the book is a notion that it takes a half a second for our consciousness to process an event. Knowing that, it is difficult to think about the world in the same way.

5. Programming the Universe, by Seth Lloyd 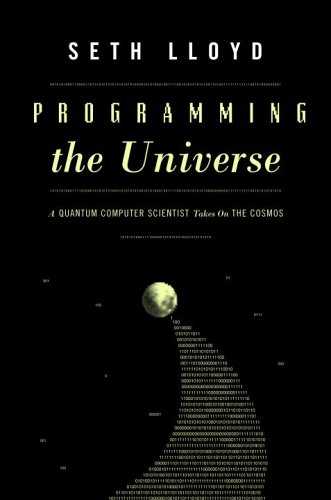 Quantum Information Theory is one of the hottest topics in science and Seth Lloyd is one of the hottest figures in the field. Famous for his bold predictions about the computational capacity of the universe, Dr. Lloyd belongs to the club that thinks that we live inside of a gigantic quantum computer. Sounds interesting? It is!

The book works the readers through the ideas of quantum information theory, explaining qbits, quantum superpositions and computation based on atoms. He argues that random fluctuations in the quantum foam produced higher-density areas, then matter, stars, galaxies and life. His conclusion is the same as Kauffman’s – life is not an accident nor its divine. Rather, life is a consequence of the laws of computation and self-organization.

There are so many great science books on topics ranging from physics and biology to economics and social science. These books discuss patterns in the world around us. And many of the themes are very familiar to us, technologists. This is why it is important for us to keep up and know what is going on in the world of science. Besides being fascinating, it is increasingly applicable and useful.

And now, please share with us your favorite science books – the ones that made a big impact on you and helped expand your mind.

11 thoughts on “5 Great Science Books to Expand Your Mind”